So I’m not exactly sure why we need this or why I feel it is something I should share, but it is Oscar related so I feel obliged.

Plus, Vulture posted this so it’s a given that it’s important.

I feel this is more an ad for Seth Macfarlane than for the Oscars, to be honest. The Oscar itself is made out of smoke, barely substantial. Macfarlane, on the other hand, is monumental.

If this were a car, I’d say he’s definitely compensating for something. After the stellar hosting job that Amy and Tina did with the Golden Globes, the bar is set really really high. And there were already reservations about Macfarlane’s ability to do justice to the job previously done so magically by people such as James Franco and David Letterman.

I would have preferred a poster that highlighted the event itself – the annual world-wide celebration of cinematic arts. In the past that’s what we got: 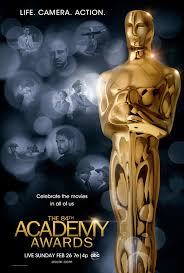 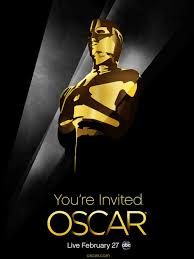 And my favorite, the official Oscar poster from 2007:

This highlights the movies themselves with the award front and center. Who cares who was hosting that year — we get “Rosebud” and “I coulda been contender”, quote that are far more emblematic of the event.

But more and more we are living in a world where it’s the who not the what. And in the end, we should just be glad it’s Seth himself holding the Oscar and not Stewie or Peter.