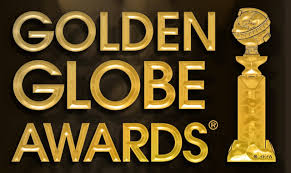 Screw you Emmy and Oscar. We’ll take you both on.

30 minutes till I begin live blogging the Golden Globes with my role models of Amy Poehler and Tina Fey…I would like the thank the Hollywood Foreign Press in advance for the carpal tunnels I will be feeling tomorrow.

7:33 – Is one of the perks of having the GG’s on NBC the fact that we don’t have to listen to Ryan Seacrest yammer at celebrities?

7:40 – I wonder what sort of commercials we’ll be getting? So far soup, insurance, and anti-depressants. I see a pattern.

7:43 – Forgot that Salmon Fishing in the Yemen was nominated; from Ewan Mcgregor’s interview, so did he. He seemed as surprised as we were for all the film’s nominations.

8:03 – “When it comes to torture, I trust the woman who spent three years married to James Cameron.” ZING! Line of the night?

8:10 – Best Supporting Actor is…hot damn, Christoph Waltz! Grabbing it right out of the hands of Phillip Seymour Hoffman. Waltz totally stole that film (in every scene Samuel L. Jackson wasn’t in) and is the perfect actor to recite Tarantino’s words. Also Waltz did not seem to believe he was going to win.

8:18 – Best Mini-Series is goes to Game Change. I would have assumed Hatfields and McCoys cuz that thing was a ratings juggernaut, but good on HBO for going up against the big guys .. I can’t say it. HBO is the big guy these days. I am delighted to keep seeing Doyle (Danny Strong) from Gilmore Girls on stage. Do we think Sarah Palin will be tweeting about this tomorrow?

8:21- Amy those are some sweet teeth you got going on. Best Actress in a Mini-Series is, no surprise, Julianne Moore as Sarah Palin in Game Change. It was an eerily real performance. But not sure what to make of Moore’s dress.

8:27 – As someone who doesn’t have a driver’s license I take serious offense to non-stop barrage of car commercials. I’d feel that way even if I did have a license. It’s too much. And yes, I know I’m crotchety.

8:28 – HFPA president and world-class archer…if only it were decided that way. I’d be more interested in it. Also what is that on her shirt? A crystal bib? Dude, she’s the president, scan when she says scan. Scan doesn’t mean “show only Jeremy Irons”. But you know what, she kinda funny. Bradley Cooper did not know what to do with that one.

8:32 – Paul Rudd clearly wants a drink.
Best Actor in a TV Drama is a tough category. Damien Lewis wins again. Ehhhh. Season 2 wasn’t so great. Good, but not great. I think Jonny Hamm or Bryan Cranston deserved it this year. And you know there are still people right now saying “Why is he speaking with an accent?” Loved his tribute to his mom, sweet but not cloying.

8:35 – PLEASE TALK SOMEONE! This is why you show up to rehearsal.

Golden Globe for Best TV drama goes to Homeland. I think. I mean I guess that’s what the category is? Also, did they just ruin season 2 for anyone who hasn’t watched it yet?

8:42 – Argo‘s audition reel. John Goodman wuz robbed. Nice to give Tony Mendes a little screen time. Too bad you made him talk.

8:45 – Best original score goes to Mychael Danna for Life of Pi. I enjoyed that movie, but couldn’t remember the music if you held a gun to my head. Beasts of the Southern Wild had much more evocative music.

8:48 – Best original song is Adele’s Skyfall for Skyfall. Well, duh. Bond + Adele = GG. Adele is just so friggin cute. You forget how young she is when you hear her sing. She’s just a baby! A talented, gorgeous, rich baby…

Taylor Swift is clearly a sore loser. Did she really think she had a chance? Really? C’mon there Swifty.

8:55 – Best performance by an actor in a mini-series is announced by Keifer Sutherland and someone on quaaludes wearing a snazzy necklace. Damien Francisco in Dog President – Aw, Tina you counter teeth with a mustache!

And the winner is NOT who it should be. Kevin Costner. Did you people ever SEE Sherlock?? Benedict Cumberbatch acts his way around Costner in his sleep. Sigh.

8:58 – Bill Mothafukin’ Clinton?? SERIOUSLY? It’s all the ladies, isn’t it Bill? Alllll the ladies in their low cut dresses. Ok, Lincoln clearly has the best audition reel announcer ever.

And that my friends, is why Amy and Tina are the best!

9:02 – Kristen and Will are also the best. Will’s mustache is also also the best. I just need to rewatch this presentation a million times. “You get out of here!”
Best Actress in a Comedy/Musical Movie – Jennifer Lawrence Silver Lining Playbook. Time for her to write her Oscar speech? “I beat Meryl!” “Harvey thank you for killing whoever you had to kill to get me up here today” Her thanks to her brothers…The world loves you J-Law.

Are we all in agreement that Seth Macfarlane is totally and utterly screwed? There’s no way he can live up to this.

9:13 – Best supporting actor on TV (not the real category, but meh) is Ed Harris in Game Change. You think he’s better than Mandy, HFPA?? BAH.

9:14 – Jamie Foxx announces Django audition reel, very cool and collected. Just like he was in the film. Coolness defined.

9:15 – Jonah Hill and Megan Fox. They’re sorta cute.
Best Supporting Actress in a Movie is…if ain’t Hathway I’ll eat my hat.
And I don’t have to eat my hat. It’s Hathaway. She knew she was winning. If she pulls a Swift, I’m gonna be pissed off. But she did thank Tina for “Blergh” so…ok. And she seems gracious. And of course we’ll be hearing her speeches for the next month. I hope she varies her thanks.

9:26 – Jeremy Irons intros Salmon Fishing in the Yemen. I guess they feel they need to keep it British.

9:28 – Best Actor in a TV Comedy is DON CHEADLE?? Have they seen the show? Wha? He couldn’t even get Joey’s name right!

9:36 – Lea Michele is now luckier than she has any right to be, accompanying Nathan Fillion. Damn you.

Best Actress TV Drama is Claire Danes. So it would seem HFPA didn’t watch season 2 of Homeland. Good to know. Even Danes knows that she didn’t really deserve it this year…great show in season 1. OK show in season 2.

9:49 – Liev Schriber announces Life of Pi audition reel. Not a movie that can be remotely captured by a series of clips.

Best Actress in TV Comedy/Musical is Lena Dunham in Girls. She cannot walk in that dress. She is smart and thanks those who should have won…as much as I love her, Amy Poehler should have won. That being said, I do love Girls.

9:57 – And this is why Vulture will always be funnier than I could ever be.

9:58 – Amy and Tina wear drunk and bitter well. So does Glenn Close. Swift DOES need “me time”.

9:59 –  RDJ’s bluster is classy whereas Gervais’s was always skeevy.

Oh right, it’s about Jodie Foster… just give me some good Foster as Nell as I’m down.

10:05 – Holy hell, Foster is 50?? She looks damned good. And she handles the “coming out” bit really well and damns all those who make it a spectacle. And she is WAY drunk.

10:11 – WHAT IS GOING ON WITH JODIE FOSTER? At least now I get why they had RDJ give her the award.

10:15 – Why is every winner giving a speech that makes it seem that they are jumping off a cliff tomorrow or going to live in a cave away from humanity? I’m just so confused.

10:17 – Halle Berry announces Best Director like she was told to hurry it along or they’ll kill her puppy.

Best Director is Ben Affleck. That’s a BIG screw you to the Oscars.

10:20 – Josh Brolin announces Moonrise Kingdom? Huh? Very odd choice. This was also my favorite movie of the year. It made me sad that the Oscars didn’t see that.

10:21 – Fallon and Leno dance around Leno’s inability to move on.

Best TV Comedy is Girls. No kidding! Lena Dunham is too young for all this success. Damn her. Worst part is that it’s totally earned.

10:31 – Best Actor in a Movie Comedy/Musical – Hugh Jackman. He was FINE. But Jack Black was so good in Bernie. So so good.

SIGH. Les Mis. Which wasn’t bad, at all. But c’mon, there were better films in that category, by far.

10:47 – Clooney getting all stroppy that Affleck forgot him. Nice.

Best Actress in a Drama goes to Jessica Chastain, Zero Dark Thirty. Which I still need to see. Badly. She is wearing a great color but needs some better support in that dress, y’all.

Best Actor in a Drama goes to Daniel Day-Lewis. And Clooney didn’t even pretend to delay that one. DDL is, as always, classy to the very end.

10:57 – Julia Roberts in what appears to be a jumpsuit is announcing best movie, drama.

And that’s all folks. Argo and Les Mis, Girls and Homeland. And some speeches that should make us worry about the givers.

Time to bring it on Oscars! Seth, I feel sorry for you.