The Summer of the Forgettable Blockbuster

Do you know what I just remembered last night? Avengers: The Age of Ultron came out this summer. I had been so excited to see it. Watching all the trailers, reading all the articles.  I went to see it on a giant screen, even shelling out the extra cash to see it in 3D. And then…I saw it. And I enjoyed it, I really did. It was funny and action-packed, and not as good as the first Avengers, but I really wasn’t expecting that. Roll credits and I left the theater to go see Chris Hardwick do stand-up a few blocks away.

But then just two weeks later, Mad Max: Fury Road came out. And that was mind-blowingly insane. A relentless two-hour chase film that just kept getting crazier and crazier as it went on. Plus, it had Charlize Theron in as the kick-butt female of the year. All around awesome. The next week Tomorrowland came out, but like most other people, I didn’t end up seeing it. Then we had Spy, San Andreas, Jurassic World, Inside Out, Ted 2 (not successful, but fully hyped), Terminator: Genysis, Magic Mike XXL, Minions, Trainwreck was pretty great…and on and on.

While some of these movies have gone to break records (lookin’ at you here T-Rex), most have come and gone and left studio executives to make excuses for them (lookin’ at you Terminator). And I had to remind myself that the Avengers sequel had come out at the start of it all.

So what happened? Why did I forget about this movie that I was oh so excited to see? How is it already August and I feel like there has been precious little to really see in theaters this summer? Somehow this summer has become the season of the forgettable blockbuster.

When I look back in 2016, I’ll probably think fondly of Inside Out, maybe remember that I really loved Spy, and dream about seeing Max Mad on the big screen again – but that’s it. Everything else has blended together into a heap of explosions, quick witted one liners, and a brief respite from the sweltering heat. 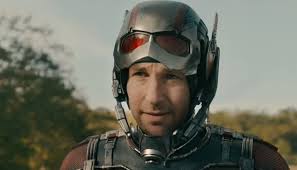 Remember me? I was in a movie this summer too! And it was pretty good? Remember? You liked it!

Was 2014 better? Yes. Or at least I think so. Maleficent was gorgeous and surprisingly enjoyable. Edge of Tomorrow was so much better than I could have expected and so woefully underseen. Snowpiercer*, one of the more interesting dystopian fantasies I’ve seen, reminded me that film can be a thrilling medium both visually and content-wise [seeing it at the Angelika, with the subway trains running by helped with the atmosphere]. How to Train Your Dragon 2 reminded me why I loved the first one so much, in all the right ways. 22 Jump Street was the perfect comedy sequel.  Dawn of the Planet of the Apes was the perfect action sequel and made me want the Academy to finally recognize Andy Serkis once and for all. And let us not forget about Guardians of the Galaxy, that gift from the cinema gods that proved that you can have a foul-mouthed raccoon and a talking tree that don’t seem silly as long as they’re done the right way. Plus, Chris “Starlord” Pratt.

Even Optimus Prime riding a freaking dinobot whilest holding up a giant sword couldn’t save this movie.

Oh sure Transformers: Age of Extinction was godawful. And Melissa McCarthy, so wonderful in Spy, disappointed me a smidge in Tammy. Seth MacFarlane’s failure with A Million Ways To Die In The West was a sad precursor to his failure with Ted 2 in 2015. As great as Pixar’s Inside Out was this year, last year we had Disney’s miserable Planes: Fire & Rescue. 2014 wasn’t a perfect summer for movies by a long shot.

But the movies that were great, were great and they were memorable.  I saw Guardians twice in the theater. I told everyone I knew to see Snowpiercer. I argued vociferously with my siblings on the merits of this new round of Planet of the Apes movies. This summer, I’ve mostly been preaching that if you’re going to see Mad Max, it needs to be done on a big screen. But I haven’t become a movie missionary for much beyond that.

We have a few more weeks of big releases, Fantastic Four and Ricki and Flash, where Meryl Streep plays a rock star, both come out this Friday. Guy Ritchie will keep trying to become relevant again with The Man From U.N.C.L.E. But I’m not doubling down and hoping for miracles. Just biding my time for Oscar bait, the new Star Wars film, and wondering what I’ll forget about in the summer of 2016.

Wait a minute – didn’t Pitch Perfect 2 come out this summer…?

*And yes, I know Snowpiercer wasn’t really a blockbuster, but come on people.

Edited to add: It really says something that I totally and completely forgot about Mission: Impossible – Rogue Nation. That literally just came out and I even saw it, and still forgot that it was in theaters right now. Forgettable indeed.

Pop culture addict. Reading enthusiast. Music lover. Occasional believer in the city of Atlantis.
View all posts by ilmozart →
This entry was posted in Movies, Rant and tagged guardians of the galaxy, mad max, marvel, Movies. Bookmark the permalink.