Thanks to Nerdist for the heads up on this one.

Not sure if I’ve made it clear how excited I am about Pacific Rim.

So when you get to see a behind the scenes featurette (as these are now called), it makes me giddy. 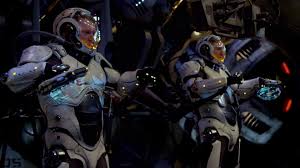 Clearly there is something emotional and potentially explosive going on with this “drift” concept. As Inception and Total Recall before it have shown us, seeing what is going on in someone else’s head doesn’t usually end well. Having total access to another person’s memories and feelings and life experiences might sound cool and interesting, but our minds are a tangled nest of insecurities and regrets that we don’t really want to share with anyone. And when that is tied in with the fate of humanity and life on earth as we know it, I foresee some issues.

I suppose I shouldn’t be surprised that Pacific Rim will be more than just crazytown fights. Guillermo Del Toro really has a grasp on the human psyche and the dangers within – just see Pan’s Labyrinth for proof. Even Hellboy showcased some of the darker angels lurking within. Either way…I’m counting down to July 12. 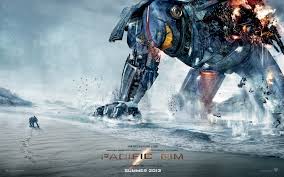