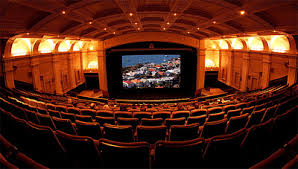 Movie theaters – where we can lose ourselves in the dark. With popcorn.

I saw a lot of movies. How many you might ask? Well, it depends on how you decide to count. In January 2012 I decided to count thusly: movies I will be seeing for the very first time. This includes both movies I saw in the theaters as well as movies I saw on Netflix, On Demand, Amazon streaming…as long as it was for the first time.

Counting like that, I saw 101 movies in 2012. That averages out to 1 film every 3.6 days.  101 is a figure that is both impressive and underwhelming. And I’m not quite sure on which side of that equation I wanted to end up.

I am going to post these 101 movies in mostly chronological order of when I saw them. I’m also include where/how I saw the film. (The end of the list gets a bit fuzzy; I was trying to get to 100 and realized I’d missed some titles) Short comments or judgements where applicable.

1. Melancholia (Coolidge Corner) – gorgeous to watch, but too long. Kristen Dunst was surprisingly good.
2. Haywire (AMC/Boston Common) – I love when Soderbergh does genre.
3. Sundance Shorts (CC)
4. The Grey (AMC) – I really wanted this to be called “Wolfpuncher” until I actually saw it. Much more a story of Man vs Nature and Man vs Himself then Liam Neeson fights a wolf.
5. The Artist (AMC) – A movie that I loved when I saw, but it faded a bit as time went out. 2011 wasn’t a great movie year so I guess it’s OK this won Best Picture. At least it introduced me to Jean Dujardin.
6. Dale and Tucker vs Evil (Netflix) – Too bad enough people didn’t see this when it came out. Alan Tudyk continues to just be made of awesome and the movie itself was one of two films this year that turned the horror genre on its head.
7. The Help (OnDemand) – Read the book and dreaded seeing the movie. It ended up being just as pat as I had expected, despite some good performances. Is “White Savior” the opposite of “Magical Black Man”?
8. Carnage (AMC) – Having seen the very very sharp witted play, I was anxious to see how such a great cast would do on the big screen. Sadly, I was ultimately disappointed. Even a brilliant cast can’t always make a play live outside the theater.
9. A Dangerous Method (CC) – Far less scandalous than the trailers would have you believe. Viggo Mortensen and Michael Fassbender were both excellent. Kiera Knightley was the surprise – overplayed it a bit, but overall better than I had expected.
10. This Means War (Regal Fenway) – If I had payed to see this, I would be deeply embarrassed  I’m still pretty embarrassed that I went to a free screening of this crap.
11. The Woman in Black (AMC) – Interesting post-Harry Potter choice for Daniel Radcliffe. Nice and atmospheric.
12. Iron Lady (Regal DC) – Meryl Streep 100% deserved the Oscar for Best Actress. The rest of the film, while decent, wasn’t up to her performance.
13. Oscar Nominated Animated Shorts (CC)
14. Ghost Rider: Spirit of Vengeance (AMC) – Since this was from the same people who did the amazing Drive Angry I really expected more.
15. Warhorse (AMC) – God, I hated this movie. The boy/horse love affair made me uneasy.
16. Salmon Fishing in the Yemen (AMC) – A light, entertaining film. But honestly? Not worthy of a Best Comedy nom from the Golden Globes.
17. Extremely Loud and Incredibly Close (AMC) – Another movie nominated for Best Picture that just angered the blood. Awful just skims the surface.
18. Wanderlust (AMC) – I remember laughing…but not much else.
19. Drive Angry (HBO) – You know how a movie is so bad it becomes excellent? And then it continues to get worse so it becomes too bad to be good? This movie goes even further. All I’m going to say is redneck orgy. This is a must see.
20. Game Change (Fenway/HBO) – I’m listing this since I actually saw it in the theaters as a free screening before it aired on TV. Maybe that’s cheating.
21. Friends with Kids (AMC) – A rom-com that had a bit more bite and filth.
22. Silent House (AMC) – The first of several disappointing horror films I saw in 2012. The end was just so…stupid. Just so so stupid.
23. 21 Jump Street (AMC) – Man, I loved this. Much more than I had expected to. Channing Tatum really stole the show from Jonah Hill. True story: at work one of my co-workers didn’t know that this was based on a TV show of the same name or that Johnny Depp became big while on said show. I felt really really old at that moment.
24. Green Lantern (HBO) – Was this as bad as everyone said? Pretty much. Glad I didn’t pay any extra to see it. And it’s too bad since I like Ryan Reynolds.
25. Jeff Who Lives at Home (AMC) – The Duplass brothers give us a complicated brotherly relationship that I would watch again. Jason Siegel and Ed Helms are both quite good.

Ok. Time for an intermission.

26. Love and Drugs (HBO) – Good chemistry between Jake Gyllenhaal and Oliver Platt. Jake’s chemistry with Anne Hathaway was pretty OK too.
27. Hunger Games (AMC) – I was so looking forward to this one. The trailers gave me chills and I even organized an outing with some friends to go see it. But as with the first few Harry Potter films, it was too true to the books (with some exceptions) to really take off the way it should have. Here’s hoping Catching Fire is better.
28. Wrath of the Titans (AMC) – Another movie I saw for free that I’m really glad I saw for free. This was just. so. silly. But I enjoyed it while watching it.
29. Footnote (CC) – I was lucky enough to have seen this again recently. The father/son dynamic is examined in a new way in this Israeli import. The film has a dark humor that I found just as amusing during the second viewing. I recommend highly.
30. Cabin in the Woods (AMC) – This movie is so good that you would not have believed it languished on the shelf for several years. Thankfully this holds up on multiple viewings. The year’s second film that really takes the idea of a horror film and utterly dashes it on the floor, exposing the known tropes in a new light.
31. Mirror, Mirror (AMC) – Eh.
32. Country Strong (HBO) – I don’t hate Gwyneth Paltrow but I don’t have a great love for her either. All told, she wasn’t too bad in this. The movie itself was passable.
33. Comic-Con Episode IV: A Fan’s Hope (CC) – Having never been to SDCC, this was all vicarious living for me. That Morgan Spurlock did a Q&A afterwards was just the icing on the nerd cake.
34. The Room (CC) – In my review I called this an “American classic” and I stand by that.  If you have not yet seen this, get thee a midnight screening!
35. Tintin (OnD) – I have no background knowledge for this. I never read the original comics and knew precious little about them before seeing the movie. If you asked me to tell you the plot now, I would be hard pressed to do so.
36. The Five-Year Engagement (AMC) – I love Emily Blunt and Jason Siegel. And Allison Brie and Chris Pratt. In fact, I love pretty much the entire cast of this one. It was just, in the end, a bit too long to really take flight. Sweet though and worth a watch if you’re in the mood for that sort of thing.
37. The Avengers (AMC) – Are there massive inconsistencies and giant leaps of logic in this? Absolutely. Is there a reason that this is the highest grossing film of the year? Absolutely. I just had a blast watching this.
38. Dark Shadows (Regal E-Walk) – Tim Burton and Johnny Depp really need to know when to quit. Before this movie would have been a good time.
39. The Dictator (AMC) – I know Sasha Baron Cohen meant…well? ill? funny? Without Jason Mantzoukas this would have been a total loss.
40. Moonrise Kingdom (CC) – Possibly my favorite film of the year. Sweet, funny, sad, touching, quirky, and wholly Wes Anderson. Everything about Moonrise Kingdom worked for me. I mean, c’mon, there’s actually a character whose name is “Social Services” and that character is played by Tilda Swinton. Just fantastic.
41. Snow White and the Huntsman (AMC) – I think I liked this; I just can’t remember why.
42. Prometheus (AMC) – I’m still conflicted about this one and very much want to see it again. It was so infuriating as it was so close to being great at times. But damn if Fassbender’s David wasn’t the best thing about that movie.
43. Madagascar 3 (AMC) – Does it mean anything if I say I enjoyed this more than Madagascar 2?
44. Safety Not Guaranteed (AMC) – Another small film that had good heart but never  became amazing.
45.  Ted (AMC) – Filthy. Filthy and funny. And for once, I really liked Marky Mark.
46. Brave (AMC) – Better than Cars for what it’s worth.
47. Win Win (HBO) – I’d heard how great this movie was when it came out, but didn’t get to see it till it hit HBO. This is exactly what I want from an indie film: great cast, quiet but moving plot, and an ending that ties everything up in a not-exactly-neat bow.
48. Runaway Jury (HBO) – No clue why I actually watched this one.
49. What’s Your Number (HBO) – I wanted to like this because I like Anna Farris. Emphasis on “wanted to.”
50. Magic Mike (AMC) – Another Soderbergh genre film that succeeds. Channing Tatum was quite good, but we all know this movie belonged to Matthew McConaughey.

Part 2 of this list coming soon to an interweb near you. Actually part 2 is right here.