Borrowing the idea from Nerdist, rather than just do a list of the best movies and TV shows of the year, I’m going to some more random lists. Makes it more interesting for all involved.

Top 5 TV Shows That I Will Watch Live

1. Game of Thrones – Even though it is repeated later that night, ad naseum throughout the week, is available OnDemand and on HBOGo, I try my darndest to watch it live – every single episode. Mostly because I can’t wait to find out what happens next (even though I’ve read all the books), but also because otherwise I would have to avoid the internet the next day and that’s just nigh impossible.

2. Breaking Bad  – There is so much crazy that goes down on this show every single episode, I can’t bear not to see it as soon as it happens.

4. Bob’s Burgers – Another show that just fills me with so much joy, that I cannot wait to watch it. Season three has been really strong and I’m just delighted that we are getting a season 4. Crisis crayons for all!

5. Parks and Recreation – So this one watched live partially because I love it so, but mostly because of the high volume of shows I record on Thursday nights. The first minute and last minute tend to get cut off by my DVR (damn you NBC!), so watching it live is the only way of seeing the show in its entirety.

Top 5 Movies That Entertained Me
*note these aren’t the “best” movies per se, but the movies that entertained me most

1. The Avengers – Inconsistencies and stupid plot points be damned! This was just an insanely good time. 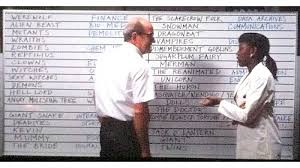 No real spoilers here…though if you haven’t seen it yet, move along.

2. Cabin In the Woods – Another fantastic Joss Whedon film. This was so funny and so surprising that I was very sad when it ended.  Plus we got Bradley Whitford and Richard Jenkins being awesome.

3. Breaking Dawn Part 2 – Hear me out with this one. Yes, it was a terrible, terrible film. BUT — the theater was filled with other adults who just came to laugh at and mock this terrible film, which made the entire experience a delight. We were all able to laugh as much as wanted without fear of some pre-teen telling us to shut up because we were ruining the romance. Also, that twist at the end got us all.

4. Premium Rush – An all-around solid film. It didn’t change the world for me, it didn’t show me something new about cinema…it was just a good good time.

5. Moonrise Kingdom – Wes Anderson managed to get this exactly right without becoming too twee. He got 2 fantastic leads with Kara Hayward (Suzy) and Jared Gilman (Sam), and then filled in the rest of the cast with stellar actors. I love when I can love Bruce Willis in a film.

Top 5 Things That Disappointed Me

1. The Simpsons – I feel like this is a given. Considering how important this show has been to me during my life, some of the worst episodes the series has ever done aired this year – notably “Lisa Goes Gaga” the season 23 finale. Pair that with “Moonshine River”, the season 24 premiere, and it is a wonder I still watch the show at all. It has totally forgotten its heritage and has turned its back on what made the show great in the first place. A constant and continued disappointment.

2. Hitchcock – Anthony Hopkins. Helen Mirren. Alfred Hitchcock. Psycho. All the ingredients for a much better film are there somewhere. Just not on the screen.

3. Golden Globe Nominations – How can you ignore one of the best seasons Mad Men has ever had? How can you ignore the brilliant acting going on in Parenthood? How do you continue to pretend that Louie, Community and Parks and Rec aren’t breaking comedy ground? Hollywood Foreign Press, you disappoint me.

4. Carnage – Again something that had great source material in the play God of Carnage by Yasmina Reza, a brilliant director in Roman Polanski and an absolutely outstanding cast with Kate Winslet, Jodie Foster, Christoph Waltz, and James Gandolfini, but it just couldn’t put it all together. What was full of fire and recrimination and vitriol on stage, was limp and uneventful on screen. It is a real shame…and it makes me hope they aren’t thinking of turning another utterly riveting play of hers, Art, into a film. 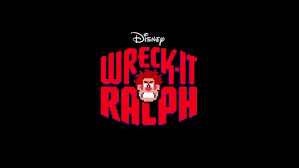 5. Animated films – Apart from Wreck-It-Ralph, there wasn’t really anything that truly grabbed my attention. Pixar did OK with Brave, but Cars and Cars 2 aside, shouldn’t we be expecting more from Pixar than just OK? I didn’t see Hotel Transylvania or Rise of the Guardians, but neither seemed engaging enough to get me to the theater. I was really looking forward to both Paranorman and Frankenweenie, but both didn’t deliver the way I’d hoped. I adore animated films and was hoping for another How to Train Your Dragon or Coraline, but not this year.

Honorable mention: Last season of Jersey Shore, America’s Next Top Model,  the TV viewing audience of Honey Boo Boo and every single Real Housewives show, Coming to America, people who use their cell phones at the movies

Top 5 Things That I Finally Discovered

1. Breaking Bad – How I didn’t watch this before 2012 is an absolute, gob-smacking mystery to me. This show is unbelievably awesome. Even knowing the end of season 4 didn’t ruin a moment for me. And I cannot believe we only get 8 more episodes. DING DING DING!!

2. Justified – Another shocker for me. I love Timothy Olyphant, Elmore Leonard writes a good tale, and Graham Yost has a good track record. It just somehow never happened for me. Until my brother got on my case about it and I finally gave in. Thank Mags Bennett I did. What a well-crafted, well-acted show. Super excited for the new season in a few weeks.

3. The Bugle – I haven’t really written much about podcasts, but as of right now, that is primarily what I listen to when I’m on the go. I listen to all the usual ones like This American Life, Wait Wait Don’t Tell Me, The Nerdist, Doug Loves Movies, WTF, but somehow I was unaware of what is possibly the funniest podcast out there. Andy Salzman and John Oliver (from The Daily Show) give some of the most outlandish and sarcastic commentary on world news. Their podcasts on the Olympics, the Queen’s Diamond Jubilee, the elections, and of course Silivio Berlusconi are so hysterical, I have to check myself when I listen in public.

4. The Vampire Diaries – Perhaps I’m a little less proud of this discovery as I am of Breaking Bad, but this is such a wonderfully pulpy, campy show I refuse to hide my love for it. At this point, I wouldn’t even call it a replacement for True Blood as the characters actually seem to a bit more depth to them. And even though Ian Somerhalder is absolutely hammy, you can’t help but love him and the vampire mythology the show has created is actually pretty interesting. I’ve decided not to let the fact that it’s on the CW distort my feelings.

5. Friday Night Lights – Thanks to Netflix I watched the entire series run of FNL in just a few weeks. I know why I didn’t watch it when it was on — I hate sports. I mean, seriously, absolutely, without reservation, hate sports. But enough people both in person and in the interwebs telling me how brilliant the show was finally pushed me to give it a try. And all I can say is Tami Taylor is my role model.

2. The Following – Not only is this Kevin Bacon’s first TV show, but it actually looks intriguing. Plus, I love a good serial killer story – James Purefoy is the perfect choice for the villain who is a professor who is not only a serial killer himself, but has figure out how to inspire the same deeds in those around him. It looks creepy and wonderful.

3. The return of Arrested Development – Do I need to give any explanation here?

4. Man of Steel – That full trailer recently released really knocked me in the gut. I truly hope that this is the Batman Begins remake of Superman not another Superman Returns remake. Henry Cavil looks like Superman and my god whoever cast Michael Shannon as Zod should be given a laurel and hardy handshake.

6. The Ocean at the End of the Lane – Neil Gaiman’s first new adult novel since Anansi Boys. As much as I love his young adult fiction (though really, everything he writes should mostly just be called “fiction” since you cannot tell me that The Graveyard Book wasn’t really for adults as much as for kids), I have been craving something akin to American Gods for a long time. Amazon describes the plot of the book as “This bewitching and harrowing tale of mystery and survival, and memory and magic, makes the impossible all too real…” While that doesn’t give us anything, it does pique my interest.

Honorable Mention: the return or Cougar Town (now on TBS), The Hobbit: The Desolation of Smaug, Star Trek: Into Darkness, Iron Man 3, Beautiful Creatures (god save me, the tween book was actually pretty good and it’s got Jeremy Irons and Emma Thompson!), the rest of season 7 of Doctor Who, The Carrie Diaries, Ender’s Game

I think that about covers it for now. There’s always a lot more to be said, more digital ink to be spilled, but I’ll save some of that for the Golden Globes and the Oscars.