How The Office surprised me this week 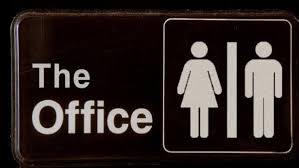 As The Office limps towards the finish line of its ninth and finale season, something odd happened this week.

It managed to surprise me.

Ever since Pam and Jim got married and settled into married bliss, they’ve been boring. Sure there have been little petty arguments and spats, but they’ve mostly just been pushed to the side as a plot arc that has run its course. This season they introduced the idea that Jim might be able to get out of the paper racket and start working somewhere he would really enjoy, the kicker being that the job would be in Philly. For the most part, this turn of events hasn’t wielded too much rich material; it was nice seeing Dwight all sad that Jim was leaving but we’ve already seen them share a “moment” in the past so it wasn’t wholly satisfying.

We’ve been waiting for the point where the cracks in Jim and Pam’s marriage start to show. The point where Pam’s constant caring for the kids and doing her job and just keeping the entire Halpert family machine chugging along just comes to a break. The point where Jim, probably exhausted from the commuting and emotionally torn from having to leave his family each week, snaps.

Finally, we got it and it was more emotional than I would have expected.

Pam was supposed to get the video from Cece’s dance recital, but she got a call in the middle of it letting her know that she got the commission to do Scranton’s Irish American Cultural Center Mural, and she didn’t end up recording it. Of course all she wanted to do was share this moment with her husband and get the “Beesley!” that she knew he would give her, the exclamation that let her know how proud he was of her and how much he loved her.

Meanwhile, Jim was in Philly and having a difficult day of his own. He was angry he couldn’t make it to the dance recital after having worked on it with Cece and he was frustrated that his company had just lost a main investor. All he wanted was a little bit of home on a miserable afternoon to make his day a little brighter.

The argument itself, as raw and honest as it was, wasn’t the part that surprised me. It was Pam’s subsequent breakdown and the final breaking of the fourth wall when the camera man, Brian, went to comfort her. Pam was so full of helpless and heartbreak, how could he not want to help her as she sat there and cried “What am I doing wrong, Brian?”.  After 9 years of filming them, you’d imagine the film crew would have developed feelings for their subjects and it would make sense that it would take a moment like this to make them break the rules and interfere.

While I am still wary of how this show will make its last lap around, if we can get a few more scenes of real emotion, either full of joy or sadness, I will feel a lot less pathetic for having stuck with the show for the entire run.