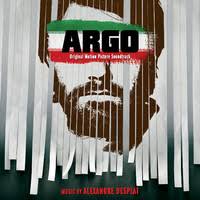 Ben Affleck is really becoming quite the director. Even though I didn’t adore The Town, you can’t deny Affleck was building on the artistry that he started in Gone Baby Gone. And now with Argo, you can’t help but feel he’s finally there. 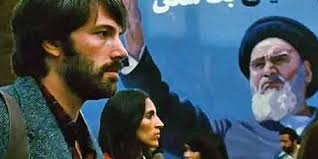 Playing it cool as he walks past the Ayatollah

Based in on an actual true story, not those “true stories” that so many terrible horror films claim, Argo tells of what is probably one of the more bizarre extractions in the CIA’s history. After the US messes around with Iran’s government one time too many, the Ayatollah takes control and Iranian people are seriously pissed with the US who was harboring the Shah. Rather than let him die in comfort in the US, the Iranian people wanted him extradited to be tried and executed for the hell and torture he put them through. And since the US was not about to comply with that, things got dicey for the US diplomats in Iran – hence the Iranian hostage crisis.

The start of the film really sets the pace for the rest of it. The Iranians are protesting loudly and violently outside of the US Embassy. Inside, everyone is uneasy. And in some very swift storytelling, we see the Embassy staff start shredding and burning any and all documents that might be useful to those about to storm their walls. The danger is palpable. As outside invaders make their way in, six workers escape to the streets and somehow manage to make their way to the house of the Canadian Ambassador (Victor Garber).

So then the question becomes, those in the Embassy are relatively safe as killing them with the world watching will start a war. But the six that escaped, they could easily be killed and as Bryan Cranston’s CIA man says, they die badly and publicly. 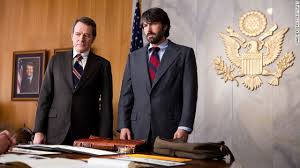 Crantson and Affleck in 70’s mode

Enter Affleck’s Tony Mendez, CIA extraction expert. Mendez assumes full responsibility for these six hostages and the weight of that responsibility is written all over his face and visible in every action. It is to Affleck’s credit that while Mendez is the lead, he doesn’t make the role ostentatious or scene stealing. He leaves that pleasure to John Goodman and Alan Arkin. Goodman plays John Chambers the real-life Oscar winning make-up artist who Mendez has previously worked with. When Mendez concocts the idea to use a fake (and frankly awful-sounding) sci-fi movie as the cover story and making the six ‘houseguests’ the Canadian film crew there to scout locations, he turns to Chambers and to Alan Arkin’s absolutely brilliant Lester Siegel to create the background that will sell this story. 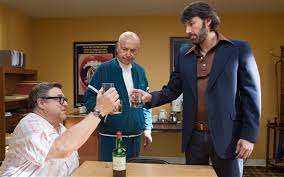 A bit of praise for Arkin. While John Chambers was real, Lester Siegel wasn’t a real person (I don’t believe…). But Arkin creates the character in just a few scenes so that you understand exactly who he is, where’s he’s been, and the fact that he’s just coming to terms with his career being on the decline. His creation of the line “Argo fuck yourself” is used several times in the movie, and I laughed each time. Trust me, it’s all in Arkin’s delivery. He and Goodman get all the best lines. Chambers and Siegel understand the importance of what they are doing, but embrace it with a zest that brings a great comedy to the film. The Hollywood scenes are pretty damned funny and the laughter is necessary to relieve the stress from the rest of the film.

The entire movie is cast well. From the now-ubiquitous Chris Messina and Kyle Chandler at the CIA, to Clea Duvall, Tate Donovan and Rory Cochrane (Dazed and Confused) as two of the houseguests. I wasn’t familiar with the actors playing the other half of of the six embassy workers (Christopher Denham, Kerry Bishé, and Scoot McNairy – who will be in the new Brad Pitt film Killing Them Softly), but they were all excellent. They might have been having fine meals and playing cards and listening to music, but the gravity of their situation was always there, preying on them. All showcased some deft character work, particularly as they prepped their cover identities under extreme stress and as they went through checkpoint after checkpoint at the airport.

As he showed with The Town, Affleck has no problem directing ensembles while still allowing for an individual performance to shine through.

Because the movie starts with the break into the US Embassy and it doesn’t let up from there. It doesn’t even lose steam with the scenes cutting to Hollywood and Washington D.C. There is never a moment when you don’t feel the peril for the hostages creeping at the back of your neck. Affleck’s use to archival footage never seems out of place or showy. It grounds the film in its time and place and heightens the emotions rather than taking you out of it all.

While you can’t help but assume that the end of the film was given the Hollywood treatment for dramatic purposes, it works. You know they make it out, that’s a given. The Iranian secret police figure out from shredded photos that some of this so-called Canadian film crew are actually some of the missing Americans and race to the airport. What would happen? Would the flight take off? I knew the answer but I still held my breath and gripped my armrests throughout the entire sequence.

Who knew that someone that was considered Matt Damon’s also-ran could get so good?