Trailer for HBO’s Behind the Candelabra

Upfront, I know precious little about Liberace apart from the fact that he liked to sparkle and Fred Armisen plays him well on SNL.

But all that aside, I’m fascinated by this new HBO movie, Behind the Candelabra, directed by -of all people- Steven Soderbergh, and starring Michael Douglas and Matt Damon as Liberace and his chauffeur/boy-toy Scott Thorson, respectively. Both look creepy as all get out (as does a very very Botox-y Rob Lowe), and there sure are a lot of sequins and shiny things…but I do get that sense of awful sadness and loneliness  along with that overwhelming sense of crazy that seems to pervade it all. The idea of Thorson getting plastic surgery to look like Liberace is 20 shades of wrong.

Can we marvel for a moment at how much Douglas looks like Liberace? 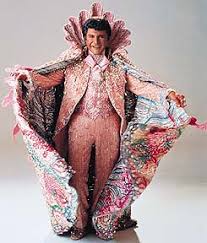 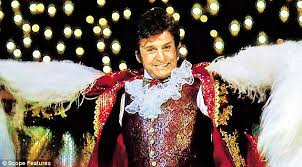 Behind the Candelabra airs Sunday May 26 at 9pm.

2 Responses to Trailer for HBO’s Behind the Candelabra