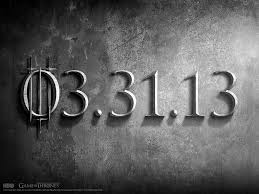 In a video titled “An Invitation to the set”, Game of Thrones producers give us a little looksy into what we have in store for us in season 3:

Having read all the books, I have a frame of reference for all the new characters and all the veiled comments about upcoming plot points, twists, and turns. I wonder if people unfamiliar with the books are confused and wonder why exactly this season is one that everyone has been looking forward to since day 1? 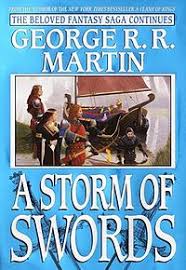 Without giving anything away, I was extremely excited to see Ciarán Hinds dressed up as Mance Rayder and Dame Diana Rigg in full regalia as the Queen of Thorns. And did we get a glimpse of Daenerys and her Unsullied? I am also curious to see how they work out the big reversals of fortune that they keep referring to and I wonder if that one reversal I am most keen to see will happen in this season or in the next since they are splitting book 3, A Storm of Swords, into 2 seasons.

A Storm of Swords is widely regarded as many fans’ favorite book in the series thus far. There are some major changes that the show made in season 2 (Jeyne Westerling anyone?) but I don’t think any of those changes will heavily impact the key points in the third book. At least I hope not.

One slight disappointment – while I understand WHY they didn’t make Tyrion/Peter Dinklage as heavily disfigured after the battle of King’s Landing as he is in the book, that bitterness is so deeply rooted in Tyrion’s character, I am not sure the minor facial scars (and yes they are minor compared to what Tyrion suffered in the books) will do it.

I suppose I will have to wait until March 31 to get my answer.