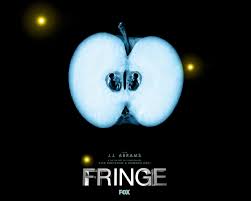 Fringe, the little science fiction show on FOX that could, ends its 5-year run on Friday.

I always thought of this show as science fiction with a heart. While there were alternate universes, time travel, mutants, monsters…the core of the show was the emotional connections between its leads. A son stolen from another universe. A father half-mad and all genius. A woman whose extraordinary powers are not what gives her strength. And the many others who make up the fantastic cast of characters.

Although this last season has taken a turn from where the show was heading till now (season 4 pretty much closed off the alternate universe storyline), it has given us yet another equally effecting focus — the emotional future of humanity itself.

We find out on Friday.